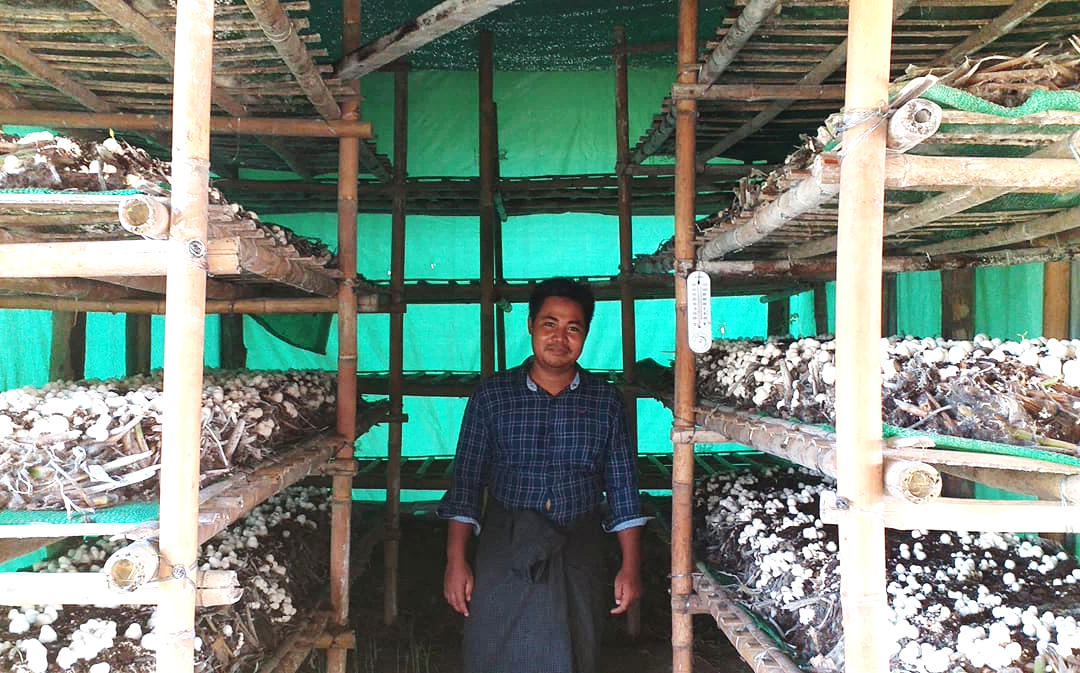 We have been working with the villagers of Te Gyi since 2014, providing education and introducing new ways of farming to help the families climb out of the poverty trap. One of our newest crops is straw mushrooms. Straw mushrooms are the third most popular type of mushrooms in the world. Only grown in Asia, they are very nutritious and there is a high demand for them locally.

Martin and Victoria, who run the Green Pastures project began trialing the cultivation of mushrooms in early 2019. They have experimented with both indoor and outdoor cultivation. Although growing straw mushrooms require the same basic materials for both indoors and outdoors, there are extra costs for indoor cultivation: hyacinth biomass, a thermometer and hygrometer need to be purchased on top of the investment needed to build the mushroom hut. The benefit of growing the straw mushrooms indoors is undoubtably that new crops can be grown every month – albeit after the hut has been thoroughly cleansed with lime and water. Outside it is only possible to have two crops per year.

The best news though is that now in the village, four families are starting outdoor cultivation and one family is starting indoor cultivation.   And in the nearby town two more families have now received training and are starting cultivating mushrooms. They have received training from Martin and Victoria, and also from U Than Oo who is an expert from Mandalay.  The cultivation of straw mushrooms is a very accessible way for these poor families to begin to increase their household income.

For the future, we, in Green Pastures, are going to expand indoor planting and we will support those who want to start indoor and outdoor. We will be able to offer more work to people in the village.

If you would like to sponsor a family to begin outdoor mushroom cultivation a donation of 900 Euros would help them to erect a mushroom hut and buy the necessary equipment and materials for the first crop – this would mean they would bring in an extra 130 to 150 Euros to the household every month ongoing. 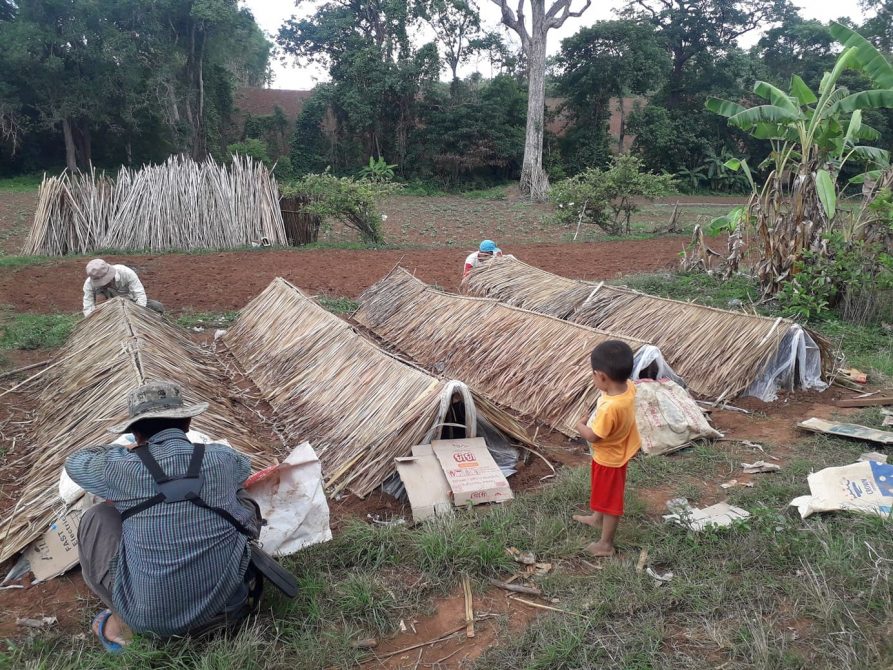