The evangelization weekend entitled “Aku Dicipta Baik & Luar Biasa” (I am fearfully and wonderfully created) is taken from Psalm 139: 14.   It was first held for welding students last year 2015 from a Welding Academy. Being a resounding success we conducted the same this September from 21st to 23rd in Bentong, a town about an hour from Kuala Lumpur city.  Not only was the weekend a formation time for the 60 students it was also an opportune time for the team members to take stock of their  involvement with them. 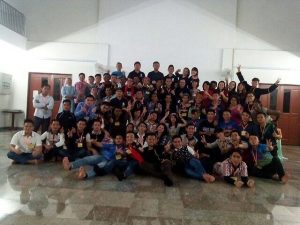 Sessions on Self-discovery, Self-Affirmation and love for the Neighbour, personal struggles with the perpetuity of sin in society, and our Relationship with God held the participants firmly focused.

The sessions also led them to explore deeper in themselves, their individual strengths and talents which brought many of them to share their stories, which were both sad and beautiful. It also gave them further insight to recognise that nothing is impossible with God when they have faith in Him. 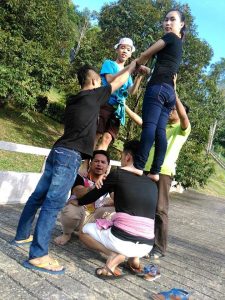 Besides these sessions, fun games on the first afternoon based on the Bible which gave further learning, beans picking and sorting, and hair washing competition provided some relaxation and fun time to the overall weekend.  The Eucharist too which was the climax of the Weekend held more firmly their belief in God as their Lord and Creator.

Towards the end, a symbolic “Passover” movement was conducted whereby all were invited to take a path of leaving their hang-ups and obstacles that prevented them to move forward in their lives. This movement was also a first step towards leaving one’s old way of life to a new way of life in Jesus the Risen Lord.

Within such pleasant and green surroundings, the students also partook heartily to the sumptuous meals prepared.  Indeed, at each small group sharing time the participants were open to share of their joys and struggles with much candidness. 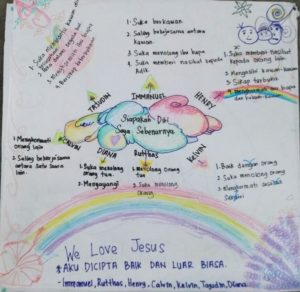 After the Weekend, it was evident that students were deeply touched by God’s love of which they were determined to change some of their habits. They also managed to breakthrough some hurdles and seemed to muster more confidence to share openly as well as to sing at prayer gatherings.  We truly thank God for this Weekend and we continue to look forward to doing more to serve our Sabahan and Sarawakian brothers and sisters.