Fondacio Malaysia was started in the Archdiocese of Kuala Lumpur in the year 1981. 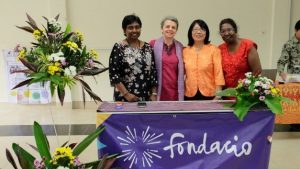 While on a holiday in France, the late first Archbishop of Kuala Lumpur Dominic Vendargon participated to a Weekend cycle of evangelization. Impressed by the ardent fervour of the young laypeople and so enthused by the love of Christ he invited them to come to Kuala Lumpur to meet his young people in his Archdiocese.  In January 1981, seven young French missionaries upon his invitation came and conducted a weekend of evangelization entitled “Towards A New Life”.

It was conducted fully in the French language but translated simultaneously into English by Fr Peter Bretaudeau, a priest from the Foreign Mission of Paris based in Kuala Lumpur.  So deeply moved by the strong love of God in these lay missionaries, more than twenty young Malaysians decided to journey with them soon after this Weekend. Henceforth Fondacio began to take root in Malaysia. Formation sessions, renewed involvement in their respective parishes and invitation to other youths from the other dioceses also attracted hundreds of youth and young working adults.  All these gatherings and encounters through the working of the Holy Spirit had many hearts being touched and lives transformed. And today the story continues… 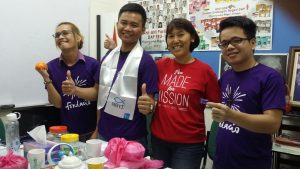 Fondacio Malaysia, since early 2015, is involved in giving formation and pastoral care to Sabahan and Sarawakian welder-students in the Klang Valley.  Every Tuesday evening, together with some collaborators and volunteers Fondacio members conduct faith and human formation sessions to these students.

Two Youth camps had been conducted with these students since last year, Its objectives were to enhance their self-confidence thro self-discovery sessions and games besides helping them to be more rooted in their faith as Christians and in their relationship with God.

Despite the challenges we faced this year, it is still a blessing.  Here are some sharing from our members talking about their learnings from 2020: Roslyn (an Intern of Young Lives Myitkyina) shares how she overcame her overthinking which made the year...

END_OF_DOCUMENT_TOKEN_TO_BE_REPLACED 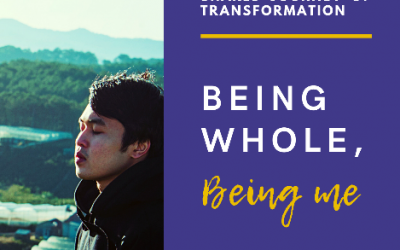 It’s a fresh new day for Holly. She prepares for the day and gets ready for work. Thank God, despite the pandemic, she can safely work from home. Everything is ready and planned out for the day. Then suddenly an “unwelcome friend” visits her again. She starts to feel...

END_OF_DOCUMENT_TOKEN_TO_BE_REPLACED 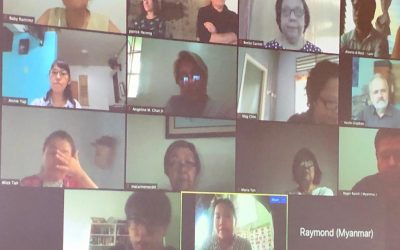 Most of us would say that we were not prepared for it. But at the end of it all, we were pleasantly surprised.The Fondacio Asia Regional Team (Alice, Annie, Roger and Florence) called for an emergency meeting for the different leaders in Fondacio Asia.Laos – Aleona,...